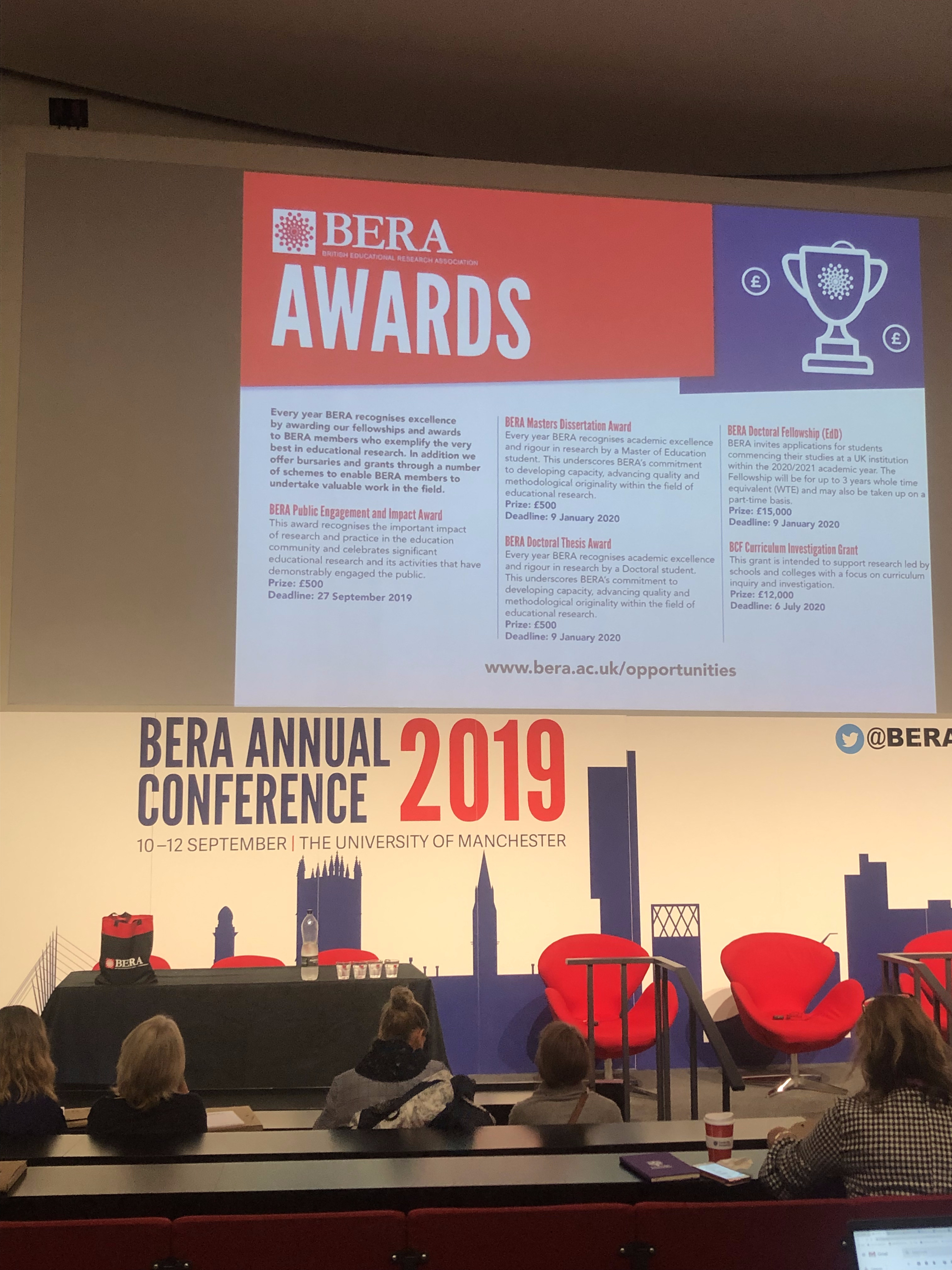 Researchers from more than 40 countries presented their research results at the annual International Conference 2019 of the British Education Research Association BERA, held from September 9 to 12 at the University of Manchester.

About a thousand scientists and teachers from more than 40 countries of the world gathered to participate in the conference. For researchers in the field of education, the annual BERA conference is an important event – it provides an opportunity to present their research, exchange ideas with like-minded people, establish contacts with potential publishers, or learn about research outside their scientific field. In addition to the traditional plenary meeting and the presentation of scientific reports, the BERA Annual Conference 2019 included formats such as panel discussion, seminars, online broadcasts, and poster sessions in its work.

This year, the research trends of scientists at the Institute of Psychology and Education have become modern trends and prospects for the development of education, and trends in the development of pre-school education in Russia, modern tasks of teachers in the learning process, cyberbullying among adolescents on the example of Russia and Switzerland.

So, in the framework of the international symposium Professional Skills In Early Childhood Education And Care, associate professor of the department of educational psychology Evgenia Shishova made a presentation on Teachers ’Professional Skills And Their Influence On The Quality Of Early Childhood Education (Ecers-R Measurement Issue Results In Russia). This is the result of many years of research into the educational environment of early childhood.

– Based on the results of studies over a number of years carried out on European scales, it has been empirically proven that in different educational environments, indicators of personal characteristics of teachers, as well as the personal development of preschool children are different. The results of the correlation analysis showed that the quality parameters of the educational environment are interconnected with indicators of professional excellence and personal characteristics of teachers, – commented Evgenia Olegovna.

The symposium was held in the format of a dialogue in which they talked about general diagnostic techniques and theoretical foundations for understanding empirical facts.

During the conference, the scientific community of the British Association of Educational Researchers repeatedly addressed the issue of rethinking educational policies in the context of neoliberalism and the “new democracy”. The report “Cyberbullying among adolescents in a cross-cultural context: an example of Russia and Switzerland” within the framework of this topic was presented by Elena Semyonova, a researcher at the scientific and educational center of pedagogical research at IPE KFU.

– The tool was conceived as a set of incomplete problem-oriented comics that were provided to participants for completion and were subsequently used as the basis for an in-depth interview.

Screenshot of Professor Stephen Reiner’s review on his Twitter page

Data was collected at two schools in Switzerland and Russia; both schools run IB international undergraduate programs. As a result of cross-cultural comparisons, a strong discrepancy was revealed between the students of Russia and Switzerland regarding the phenomenon of “cyberbullying”. The causes and frequency of occurrence of cyberbullying in the two countries were also very different. In addition, the validity of the instrument was re-confirmed during the research. The approach to the study of the acute and sensitive topic of cyberbullying has caused an active discussion and positive feedback from the participants of the BERA conference.

Papers on this topic were also presented by Bob Harrison, Elizabeth Hartnell-Young.

A professor at the University of Nottingham, Pat Thomson, drew attention to the changing areas of school education and the need to rely on educational research when building educational policies both directly in the classroom and at the state level.