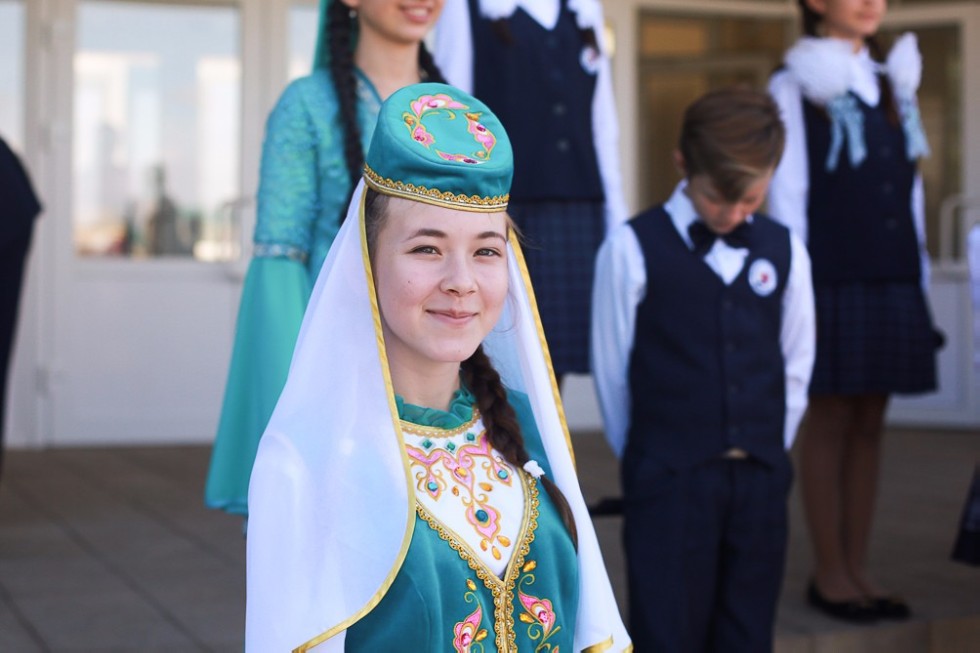 This year the seminar is being held in Muslyumovo District. One of the main topics is Tatar language in schools.

President of Tatarstan Rustam Minnikhanov and Minister of Education and Science Engel Fattakhovare the headliners. The Minister presented a yearly report on education in Tatarstan with special emphasis on regional specifics of teacher education.

Kazan Federal University, of course, is the center of attention when it comes to Tatar language education – the majority of new teachers in Tatarstani schools are KFU alumni. The University presented major areas of Tatar language teaching today, as Director of the Institute of Philology and Intercultural Communication Radif Zamaletdinov explained.

The presentation was made during a round of local educational facilities. President Minnikhanov listened to how acquired language skills will be tested. A traditional framework will be used, since KFU entered the Association of Language Testers in Europe in 2015. The University also has its own Tatar language certification center with an entire package of test materials. As of now, A1 and A2 level modules have been completed; B1 and B2 will be ready by the end of this year, and C1 and C2 – in late 2019.

As the event participants concluded, educational system in Tatarstan is developing steadily, with all levels of education involved in infrastructural, technological, and methodological modernization. Kazan Federal University is at the core of this process as one of the largest center of teacher education and pedagogical science.