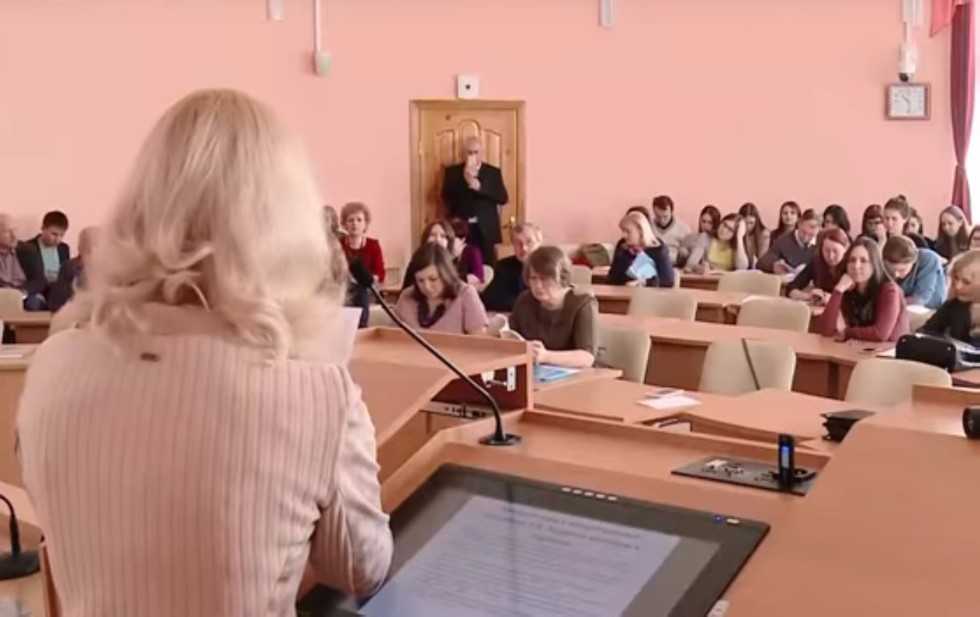 The conference, which traditionally calls “Andreevskie chteniya”, was held on March 27, 2017. The idea of holding a scientific conference dedicated to psychology aspects of creative activity in pedagogy arose several years ago at the Institute of Psychology and Education KFU. Academician of Russian Academy of Sciences, Professor Valentin Andreev became an organizer and ideological inspirer of the conference. His scientific school of creative development pedagogy is well known not only in Russia, but also abroad. Even today, when professor`s passed, his students continue their “teacher`s work”. So his daughter, PhD, Professor Yuliya Andreeva inherited the helm, so to speak, and became one of conference`s organizers. One of special guests, KFU first vice-rector Riyaz Minzaripov spoke about the importance of pedagogical and national education in Tatarstan, and stressed out the need for its modernization. Pedagogical education policy at KFU now is supported at republican and federal level. Let us call, that since 2016 Institute of psychology and education KFU has been implementing a major federal project on creating a multifunctional pedagogical model for teacher training called “Teacher of the 21st century”. Professor Faina Ratner pointed out that creativity plays a significant role in scientific activity. It`s necessary to teach students to think, and to use creative approach in the learning process. In other words, creative activity is the main factor of development in the system of education. Taking into account the latest research works in psychology and pedagogy, it becomes obvious that we have to change teaching methods and techniques. We should use interactive means of teaching and processing information.