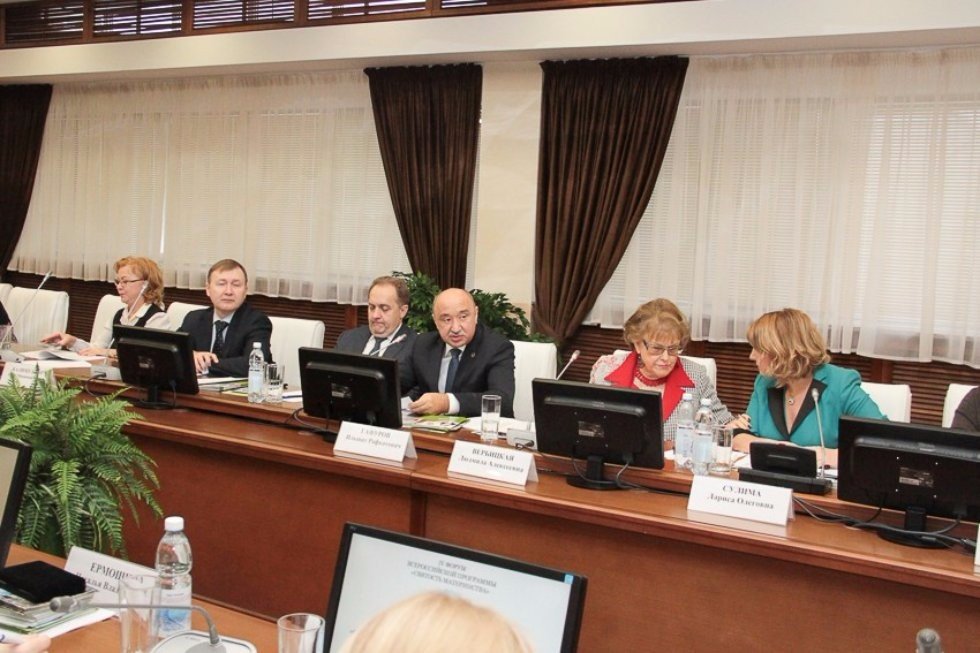 Family and Higher Education: Where Is the Common Ground

This question was one of many during the 4th National Forum “Sanctity of Motherhood” in Kazan.

Kazan University was the venue for the roundtable titled “Education and Upbringing as the Parts of Strengthening the Traditional Family and Marriage Culture in Russian Federation”. President of the Russian Academy of Education Lyudmila Verbitskaya was chosen as the moderator.

Modern family is subjected to all kinds of pressures from mass media, economy, political turmoil, healthcare and education systems. The transfer of knowledge from parents to children thus weakens. Naturally, parentless children are in much more dire circumstances.

The forum had roundtables discussing family policies in both secondary school and high school environments. It was mentioned that universities must supervise schools in order for this work to become more effective.

KFU is an example in this regard – the University both guides schoolteachers and has secondary schools under its direct administration. Ms. Verbitskaya noted this in her address.

Rector Ilshat Gafurov called for collective effort and stipulated that Kazan University aims to direct its students in a specific way – definitely including family values.

Among other things the participants praised the system of the propaganda of family values at theRussian State University of Humanities. Dean of the Faculty of Sociology of RSUH Larissa Vdovichenko said a new course for bachelors called “Sociology of Family and Childhood” is soon to be introduced as well the corresponding master’s program. PhD candidates at RSUH also pay their attention to this research area.

Ethnopedagogy was mentioned as one of the new developments of high significance. It is essential for future teachers to know the various traditions and values of such a multiethnic society as Russia.

Constructive cooperation between the government and NGOs was also said to be vital for the success of promoted policies.