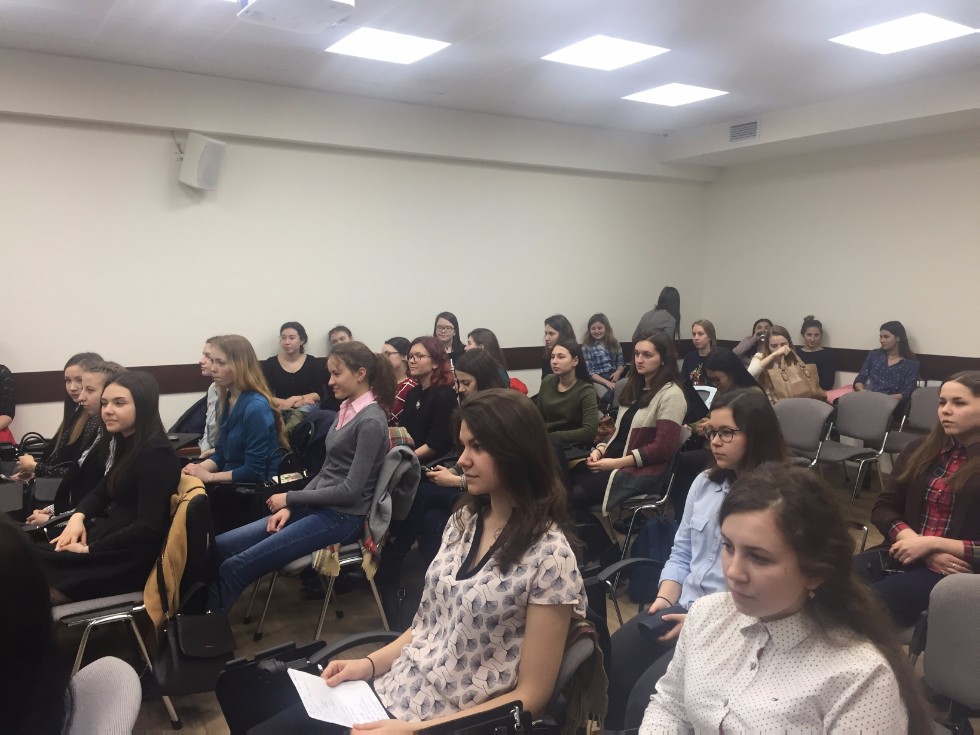 A well-known poet and journalist Liliya Gazizova met the Institute`s freshmen in the framework of “Museum parlor” session on April 18, 2017. As told by moderator Larisa Kraeva, that was a significant meeting of beginning poets and writers with already accomplished author. For the record, Liliya Gazizova was born in Kazan, in a family of history professor. Graduated from the Kazan Medical Institute and Moscow Institute of Literature named after M. Gorky. Now she is the head of Russian Literature and Literary Translation at Tatarstan Writers` Union. Currently, she`s the executive editor of international journal “Interpoetry”, being published in New York, and a consultant at Tatarstan Writers` Union. During the meeting, Liliya Gazizova told about her creative development, her family and parents, and of course, read verses from her latest “Verlibre”. Students did not stay in debt – the shared their thoughts about modern poetry, difficulties in that field. The most significant question was how to promote the works and how to participate in various literary contests. After the meeting, students shared their positive impressions and finally came to a very unambiguous conclusion that poetry will never lose its relevance. Each novice author drew his own conclusion about art and culture. And what else is needed to preserve cultural heritage at younger generation?