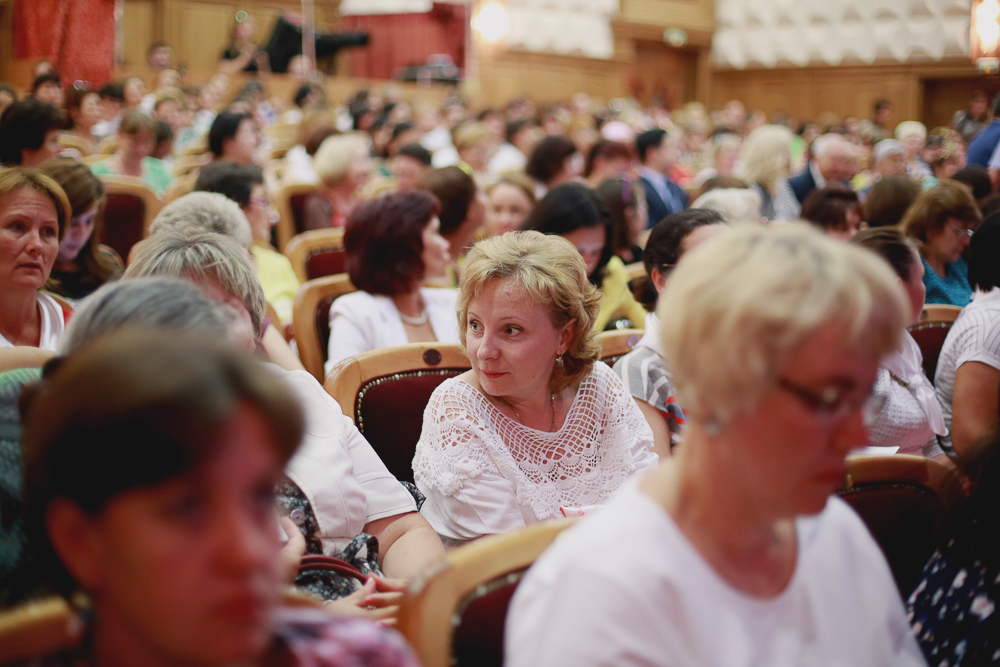 Rector Ilshat Gafurov was among the headliners of the event opening on August 7th.

This festival’s tagline is «Future of Education – Education of the Future».

During the plenary session Rector Gafurov noted the importance of teacher education, especially in the context of adapting to social change and teaching young people to do the same. Rector thanked everyone who joined the conference and spoke about how Kazan University achieves its current results in teacher education, in particular, by implementing the standard model of such education (in Yelabuga) and the distributed model (in Kazan). He also read out a greeting from the Minister of Education and Science of Russia Olga Vasilyeva.

Chairman of the State Council of Tatarstan Farid Mukhametshin said, “I am grateful to Ilshat Rafkatovich for the contribution which KFU makes in the development of the educational system, and specifically for the fact that Yelabuga Pedagogical Institute preserved its traditions, among them this forum, after merging with Kazan University. Everyone’s goals and tasks are the same – to prepare kids for life. Together with our President we strive to return the appreciation of teachers’ work which was always characteristic for our country. And it doesn’t stop at salary growth, although it will definitely raise as well”.

Minister of Education and Science of Tatarstan Engel Fattakhov also shared his outlook on the development of education. He called for holding more forums like this one and noted the leading role of Kazan University in the educational system, “We prepare the elite teaching staff in Kazan University. Best students receive monthly scholarships of 15,000 rubles”. These students must return to their home towns and cities upon completion of the curriculum – such is the main requirement of the existing grant system.

The panel discussion at the plenary session continued with moderation from the Director of the Yelabuga Institute Yelena Merzon. She mentioned that state contracts for teacher education have subsided. Deputy of the State Duma Ildar Gilmutdinov noted that the ratio of pedagogical programs in the overall state contract mass is significant while agreeing that the absolute numbers are still not high.

The question of ethnic language schools was also raised. Rector Gafurov told the audience that such work is underway at KFU and is successful, but the demand for ethnic language teachers is formed by the province (in this case – Republic of Tatarstan).

The forum takes up August 7th – 9th. The participants are from several provinces of Russia, Austria, and Ireland.