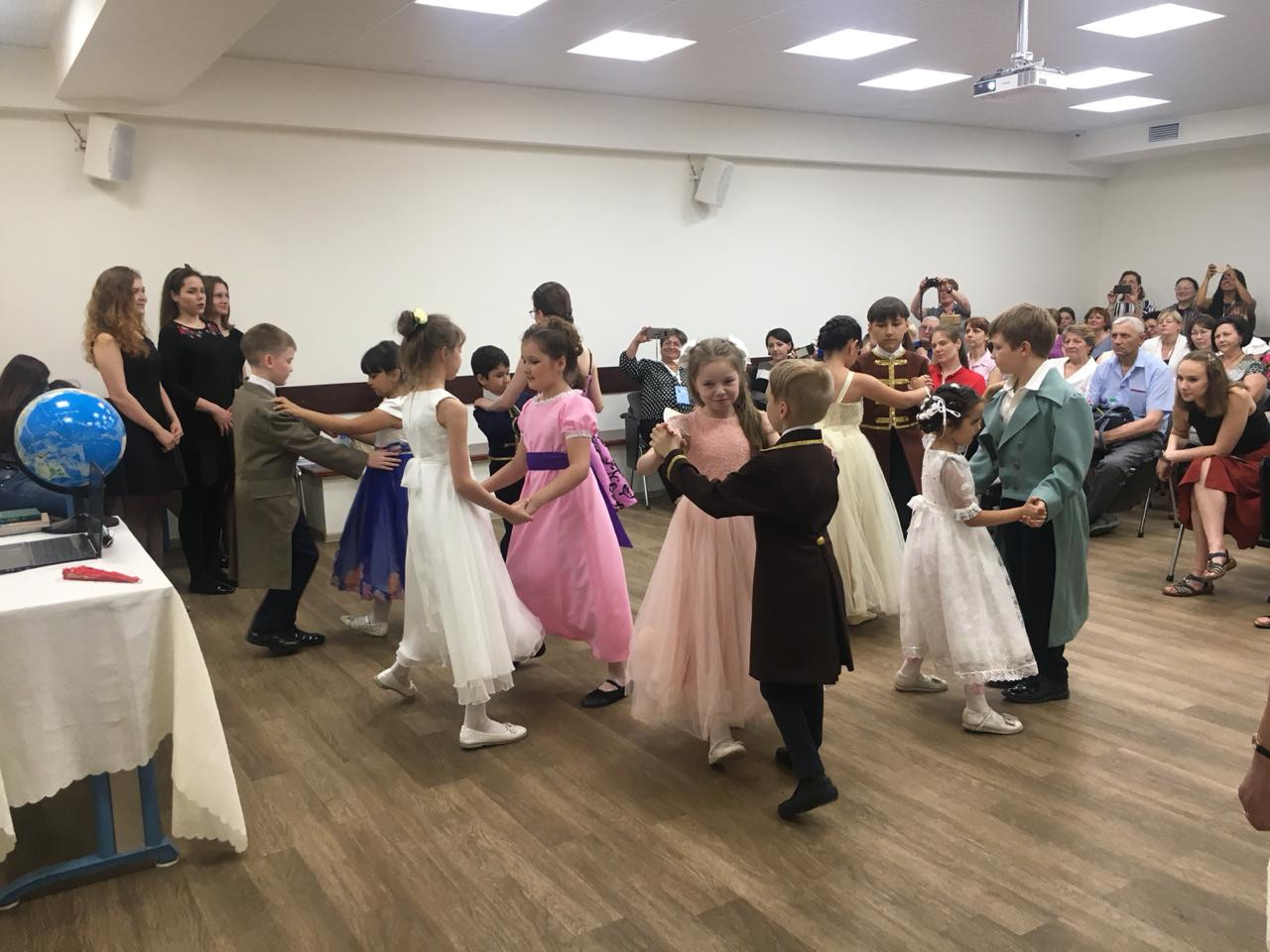 After the plenary reports of well-known foreign scientists, the International Scientific and Practical Conference “The Ideas of Janusz Korczak in Preparing the Future Teacher” opened.

The beginning of this conference was the production of “Vivat, KFU!” Of the children’s theater of the Institute of Psychology and Education “Rainbow” (the head of the theater is Associate Professor L.А.Kamalova).

Members of the Janusz Korczak International Association, headed by the famous Polish scientist Marek Michalek, as well as Russian scientists and teachers, head of the pre-school and primary education department IPO Professor V.G. Zakiro, gathered in the cinema hall of the IPO Practitioner of Primary and Primary Education.

The performance began with an anthem of students, which was talentedly performed in Latin by an ensemble of girls Alekseeva A., Stroganova K., Khairullina K.

The historical outline of the play “Vivat, KFU!” Is filled with literary and musical inserts, several ballroom dances. The immersion into the atmosphere of the beginning of the XIX century, when the Imperial University of Kazan was created at the highest order of the Emperor Alexander I, was complete and believable.

The actors creating images of great people of that historical epoch, scientists of Kazan University, played with full dedication. Therefore, both the images of Alexander I and the rector I. M. Simonov, played by Alexander Makarov, and the image of N. I. Lobachevsky, created by Timur Rysaev, and A. M. Butlerov and E. K. Zavoisky, presented by Abdullin David, and images of S.T. Aksakov and N.N. Zinin, played by Sultanov Daniyar. Perfectly played three roles: a schoolboy, a poet Alexander Pushkin, a scientist Baudouin de Courtenay — a first grader Abdelmon Amir. Ovation of the auditorium was “ripped off” by one of the smallest actors of the theater – Ganachevsky Mark, who performed the role of the hussar Denis Davydov. Batyrova Camilla masterfully played the role of a modern schoolgirl, a sort of excellent pupil, who dreams of successfully completing school and entering KFU. The most beautiful and charming girls in this performance, most unusual for our time, are girls actresses who play the role of secular ladies: Samira Galimova, Elvin Vildanova, Camelia Kamalia, Ralina Shafikova. The main focus of the performance was the presenters – the actresses of the theater Sukhareva Daria and Ziganshina Alina.

Each of the actors of the theater troupe played a talented role, at a high artistic level, with a great feeling of love for his native Kazan University, with respect for its traditions.

The auditorium was fascinated by the play of young actors. After each replica of one or another actor, long and prolonged applause sounded.

The wonderful speech addressed to children, young actors, was delivered by the President of the International Society Janusz Korchak Marek Mikhalek: “We watched the play“ Viva, KFU! ”With great pleasure and saw how you love the theater, how wonderful you are actors, what great texts you have learned . Although, probably, you wanted not to learn the role, but to play on the street, to ride the “great”, but you chose the theater. Well done, children! May there be as much joy, discoveries and creativity in your future life as now. ”

With words of gratitude to the actors of the theater, to the students, mentors and parents of young actors turned LA Kamalova. She noted the great help of volunteer students Valitova K., Salakhova L., Shafeeva D., Yarullina A., Lyzhina M., Valeeva G., Mukhametzyanova A., Pustovoy V., Shishkina A., Parshina A., Alekseeva A., Stroganova K., Khairullina K. Many thanks for the daily help to parents of schoolchildren, for their responsibility in raising their children and for their hard work.

The ceremony of awarding children-actors, mentor students and parents of schoolchildren was very solemn: after all, each award-winner received a letter of appreciation from the hands of the famous scientist Marek Mikhalek and the head of the Department of Foreign Trade of Venus Gilmkhanovna Zakirova.

A general photo for memory with all the actors of the children’s theater “Rainbow”, with the children’s mentors, with the honored guests of the Forum on Teacher Education will be a great gift to everyone, especially children, for many, many years.