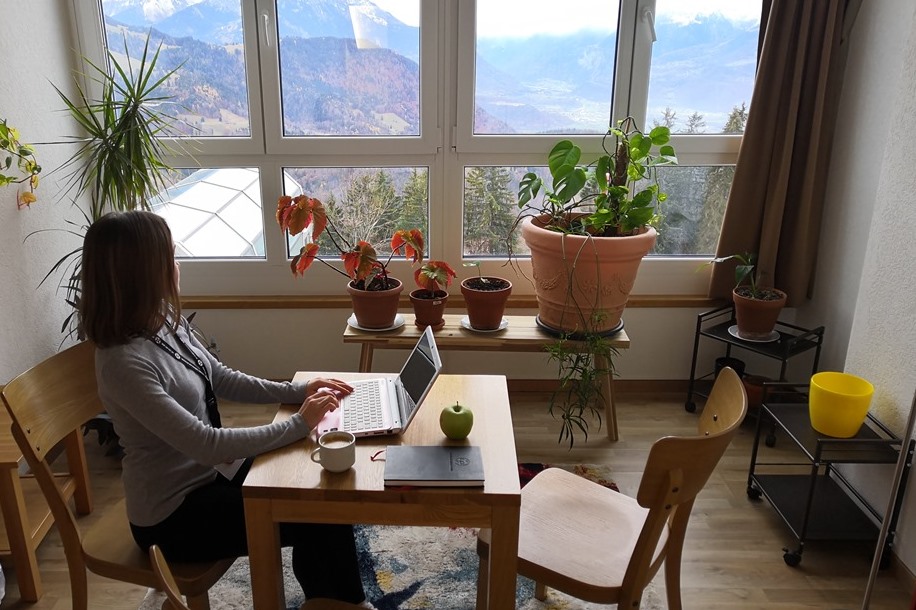 An innovative method (graphic vignettes) was used to identify cyber bullying in a private school in Switzerland.

The principal of the private school in Switzerland Paul Magnuson invited the young researchers of Scientific and Educational Center of Pedagogical Researches KFU Daria Khanolainen and Elena Semenova to his school. They conducted a data collection for their project “Cyber bullying at schools: developing new approaches to bullying prevention” from 22nd of November until 7th of December.

Bullying at schools is an international problem. According to the data of the World Health Organization, millions of children are victims of bullying each year.

15-20% is an average bullying rate in Australia, Austria, England, Finland, Germany, Norway and the USA. Since 2010 the bullying level has increased from 24 to 30% in Russia (The data from 2014). This means that children become victims of different forms of verbal aggression and physical aggression every day. (Elena)

Bullying causes long-term physical and psychological consequences for bullied children as well as for bullies. Hence, this is important to test new bullying prevention’ methods.

The young researchers of KFU scrutinized many articles and scientific studies and created a new method of art-based research.

Bullying examinations were conducted at three schools in Kazan by researchers of the Institute of Psychology and Education in 2018. Elena Semenova stated that physical and emotional bullying was identified in each of these schools.

The principal of the private Swiss school Paul Magnuson participated in International Forum on Teacher Education in Kazan and he was interested in the innovative method of bullying prevention. Therefore, Paul Magnuson invited young researchers of KFU to his private school.

This prestigious private school was founded more than a half-century ago. This is an international school: students from 30 countries all-around of the world speaking on 23 different

languages. Classes are taught in English. Every third student is the American and other children learn English quickly. The size of classes is quite small (around 13 pupils in a class).

This private school tends to create a comfortable environment for students’ well-being, cultural exchange and school discipline. For that reason, the principal is concerned about the level of bullying in his school.

The young researchers of KFU spent two weeks in Switzerland doing a data collection. Provisional results are the following:

26 parents signed consent forms and as a result, 19 teenagers aged 12-16 participated in the research. In addition, in both countries Switzerland and Russia, we surveyed teachers and their views on bullying at schools.

The results demonstrated the significant difference between Switzerland and Russia.

School children in Russia assessed the level of bullying as 7-8 (out of 10), however, the Russian teachers only stated 3-4. Oppositely, in Switzerland, teachers evaluated the situation as 8-9, but students gave only 3-5.

According to scientists, children in Russia mostly experience physical bullying.

There is a direct quote of one of the Russian pupils: “There is a beating place behind garages”. A girl from Russia who is now studying in a private school in Switzerland noticed that gossiping in Russia is not considered as bullying and more children observe physical aggression. In contrast, in Switzerland a girl who bullied her classmates online was expelled from a high school. In Russia, gossiping behind someone’s back is not considered as bullying.

Doctor Magnuson is planning to continue the cooperation and he is waiting for the final results. Meanwhile, Elena Semenova provided the provisional results of the cross-cultural comparison.

We are on the stage of analyzing results. Although, the significance of this project can be already seen. We are planning to make recommendations for lecturers of Kazan Federal University and organize the career development courses. Furthermore, the results can be used to prevent bullying at schools in Kazan and help to create a comfortable learning environment.